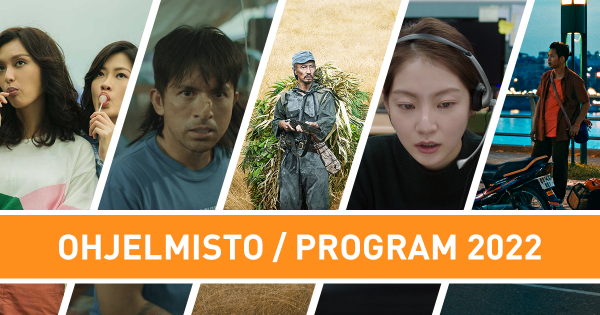 Japanese film director Ogigami Naoko’s newest film Riverside Mukolitta comes to Helsinki Cine Aasia in May. Ogigami became well known to the Finnish audiences with her film Kamome shokudō (2006) which was shot in a restaurant at Punavuori, Helsinki where the story was also set. Ogigami has since become known for the unique characters in her stories. Her latest visit to Finland was in 2019 during the retrospective of her works at Kino Regina, which was organized as a collaboration with Helsinki Cine Aasia. Her film Rent-a-Cat (2012) was screened to a sold out audience at Cinema Orion’s Cat Film Day back in 2021.

Helsinki Cine Aasia hosted Indonesian filmmaker Kamila Andini back in 2018 with her film The Seen and Unseen (2017) as the opening film. This year’s program includes two films from her. Yuni (2021) portrays the difficult choises of a young girl moving towards adulthood, and the film was awarded at Toronto International Film Festival with the Platform Prize. Before, Now & Then (Nana, 2022) had its premiere at Berlinale’s main Competition Series, and paints an impressive portrait of woman whose story is intertwined with the history of Indonesia.

Not your typical Mother’s Day

Ticket sale starts on Thursday April 21st
Screening passes and single tickets can be bought at the festival’s website from next Thursday. During the festival, tickets are also available at our screening theaters: Kino Regina, Finnkino Kinopalatsi and Cinema Orion. The ticket booth will open 30 minutes before the first screening of the day at the theater in question and stays open until the beginning of the last screening of the day. Single tickets cost 11 euros. Screening pass (5 tickets) 45 euros. Parent & baby screening ticket is 9 euros.