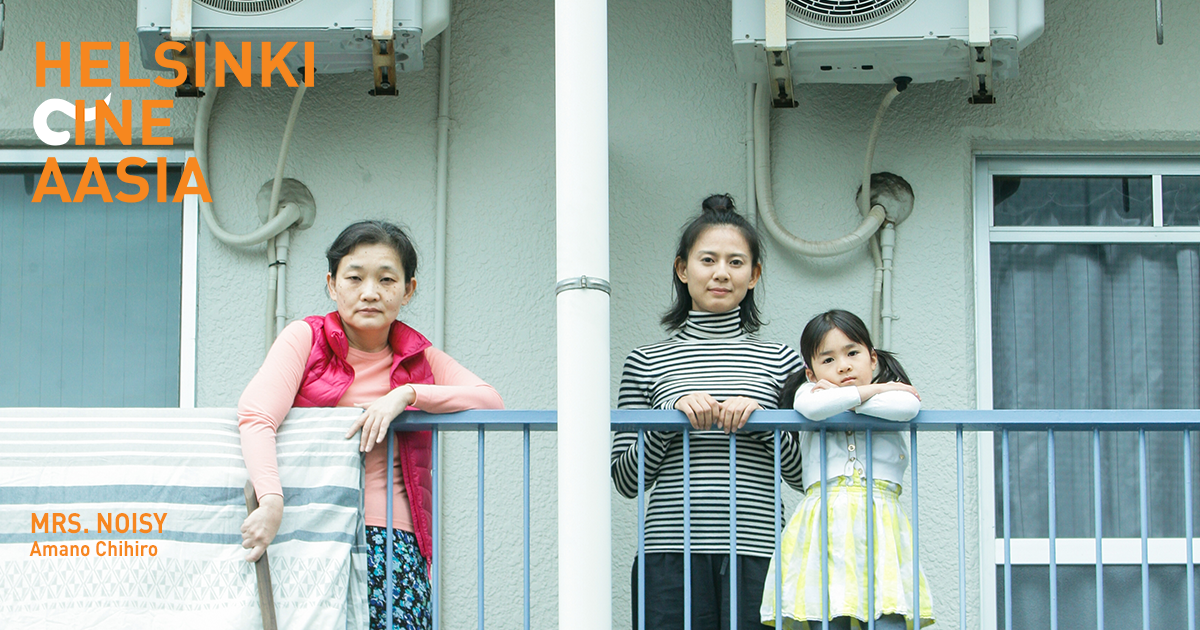 Helsinki Cine Aasia’s guest of honour this year is the Japanese director Amano Chihiro. She will present her film Mrs. Noisy (Misesu Noijii, 2019). The comedy-drama, which premiered at the Tokyo International Film Festival last October, tells a story common to our age: how the lives of regular people turn into internet memes and social media sensation.

Actor Nagao Takuma will also be a guest at Helsinki Cine Aasia. He will participate in the screenings of Mrs. Noisy along with director Amano on Saturday March 14th and Sunday March 15th.

A small dispute between a writer who has just moved into a new home and her neighbour leads to a conflict and ignites a series of unexpected events. The lives of both women are changed drastically when they are faced with wide-scale public ridicule. Lead actress Shinohara Yukiko received an award for her performance at the Asia-Pacific Film Festival in Macao this January.

As a Japanese female film director, Amano Chihiro (b. 1982) is one of few. Traditionally there have not been many female filmmakers in Japan, but in recent years their profile has risen. Amano has been making films since 2009. Her input includes several short, middle-length and feature films. She has stated that she is proceeding to get ahead in Japanese film industry also in order to pave the way for more female filmmakers.

In her films Amano has shared the stories of women as well as young people and queer people. Her best-known films are No Touching at All (Doushitemo furetakunai, 2014), based on a yaoi manga, and Leap Year Girl (Uruudoshi no shoujo, 2015) which depicts the pressures young adult women have to succeed in life.

Nagao Takuma (b. 1981) plays the husband, Yuichi, of the lead character Maki in Mrs. Noisy. His prior film appearances include Kore-eda Hirokazu‘s Our Little Sister (Umimachi Diary, 2015).